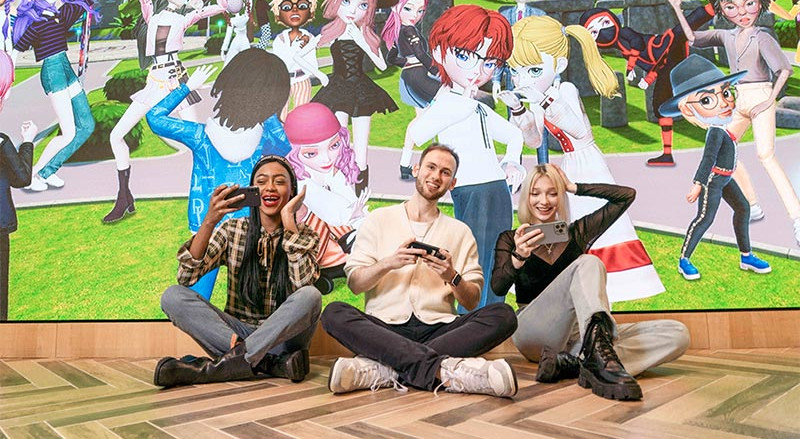 It has got at least some part of every region covered: Asia, the Americas, Europe, the Middle East, and Africa (see below for the full list of countries). Its footprint easily eclipses that of Facebook parent Meta’s Horizon Worlds; the poster-child for the whole metaverse concept is accessible in a mere seven markets by comparison.

There is a language barrier though. Ifland is currently only available in English, Chinese, Japanese and Korean. SKT said it plans to work with local partners to bring out content that is relevant to each market, shaping ifland into a truly global metaverse platform. One of those local partners is Japan’s DoCoMo. The companies recently agreed to collaborate on metaverse content and technology.

“Since its launch in Korea in July 2021, ifland has grown rapidly to become the best social metaverse in Korea by attracting users of diverse age groups as well as many different organisations,” said Yang Maeng-seok, head of metaverse office at SKT, in a statement on Wednesday. “Now, we will go beyond Korea to expand our reach in the global market to take customers’ metaverse experience to the next level.”

SKT seems really keen to leverage the global popularity of k-pop to give ifland a boost. To celebrate the global launch, SKT said it will showcase live k-pop content every week, including hosting auditions for future k-pop stars and virtual meet-and-greets. Great, provided you like k-pop.

The big question still remains despite this concerted effort: will anyone actually use it?

SKT claims to have 12.8 million cumulative users of ifland, up from 3 million earlier this year, which doesn’t seem bad given it only launched in July 2021. However, cumulative figures aren’t a very good measure of success in this case, because it is possible that the majority of these 12.8 million people had a quick go just to see what all the fuss was about and then left, never to return.

Monthly active users (MAUs) are a far better metric, but SKT isn’t sharing those, so speculation will have to fill the void. Here’s where a recent Wall Street Journal report (paywall) about Meta’s Horizon Worlds might come in handy. Internal documents seen by the WSJ paint a grim picture of a barren wasteland. Meta is said to have set a target of 500,000 MAUs by the end of this year, but the current actual figure comes in at less than 200,000. The internal target has allegedly been revised down to 280,000.

The documents also reveal that Meta’s own employees aren’t even using the metaverse, and that most consumers who buy one of Meta’s $400 Oculus Quest VR headsets stop using them again after only six months. In addition, just 9% of the worlds created for Horizon Worlds are visited by at least 50 people; most never receive any visitors at all.

Meanwhile, a survey of US adults published by Insider Intelligence earlier this year found that 60%of respondents don’t understand the purpose of the metaverse, while 52% said they feel overwhelmed by the concept. Only 38% said that the metaverse would make life better.

Now, just because Meta is finding life challenging in the metaverse, and just because a majority of people don’t see the point of it, it doesn’t necessarily mean SKT is struggling too.

And now that ifland is available in 49 countries, momentum might kick up a gear. More people might try out ifland and its ilk simply because that’s what all their friends are doing. Those 12.8 million cumulative ifland users might be delighted with it. They might be coming back every day to meet with each other and chat about k-pop, and do other metaverse-y stuff.

Ultimately it depends what you choose to believe: A load of stats and anecdotal evidence that adds credence to the theory that maybe the metaverse is a complete waste of time, effort and money. Or the PR departments of those companies trying to package up and sell the metaverse.

Full list of countries in which ifland is now available: