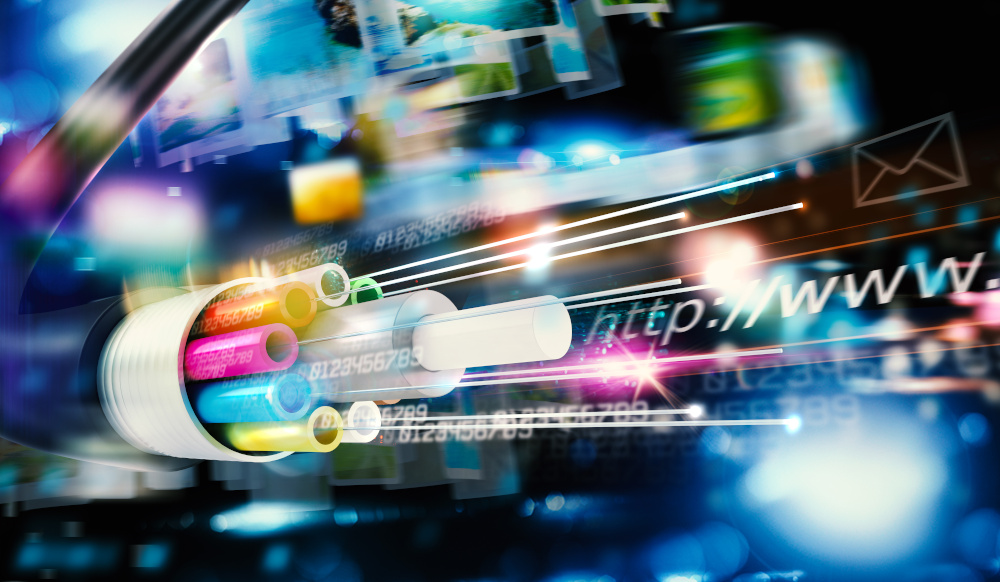 Fibre broadband services in the UK are getting faster, but overbuild is starting to become more common in certain areas.

As we have highlighted several times before, the number of fibre broadband operators in the country is on the increase, with overbuild starting to become more common in certain areas. But it’s also worth noting that the network speeds available to consumers and businesses is also growing.

Virgin Media O2, the UK’s third-largest fibre-to-the-premises (FTTP) network operator, has just announced that it has switched on super-speedy XGS-PON technology on its live full fibre network and has the first lot of trialists actually using it. In a nutshell, XGS-PON supports symmetrical broadband at speeds of up to 10 Gbps.

“In a similar way to 5G technology leading to faster mobile speeds and lower latency services, XGS-PON will support multi-gigabit and symmetrical broadband speeds as well as more reliable connections in the future,” said Jeanie York, Chief Technology Officer at Virgin Media O2, in a blog post published on Friday.

The post for the most part extols the virtues of super-fast fibre and talks up Virgin Media O2’s efforts at rolling out high-speed broadband. It does not cover the nitty gritty of the XGS-PON rollout, such as where it is and how many trialists are using it. But it’s a step forward nonetheless and one that is well worth noting.

One of Virgin Media O2’s major rivals in fibre, wholesale player CityFibre, announced its XGS-PON upgrade back in July, at which point it had some live customers using the technology in York. It said it will deploy the technology as standard in its network from April 2023. Virgin Media O2 getting in on the act suggests that speed is really becoming of the essence in the UK fibre market.

That said, the new network rollouts just keep coming too. Most recently it was the turn of wholesale operator Netomnia to announce the deployment of full fibre in Stafford as part of an £11.1 million regional investment, as well as in the towns of Wednesbury and Walsall in the West Midlands, where it is spending £53 million. Those announcements came on Friday, a day after the company had shared details of a fibre rollout deal with Darlington Borough Council.

“We believe everyone should have access to a broadband network that will support them in their day-to-day lives,” said Zoltan Kovacs, Managing Director at Netomnia. “Residents and businesses will soon be able to download enormous files in seconds, work and study from home without network interruptions and have multiple people streaming HD content simultaneously without buffering.”

Pretty standard stuff, but doubtless good news for the residents of the areas Netomnia is covering. Fibre availability in the UK still varies hugely by area, as the latest analyst figures show.

FTTP network coverage reached 38% of UK premises by the end of August, according to Point Topic’s most recent round-up.

1.6 million UK premises had access to two or more independent fibre ISPs at the same date, with 800,000 having three to choose from, the analyst firm said, highlighting Peterborough as being the best served in this regard.

While speeds are getting faster and networks more widespread, there is still a divide between the haves and have nots in UK fibre broadband.

Why telcos should challenge perceptions around who they want to attract
Mozilla acquires Active Replica to build on its metaverse vision
Vodafone CEO Nick Read to Step Down After Four-Year Tenure, Telecoms Firm Says
Three Wi-Fi 6E deployments in the US
HBO Max comes back to Prime Video Channels